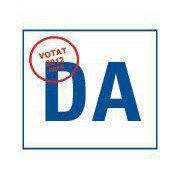 The European Commission has today published a report on the state of the justice system and rule of law in Bulgaria and – critically, given the events of the last few weeks – Romania. Following its publication, President of the European Liberal Democrat and Reform (ELDR) party Sir Graham Watson MEP said:

„The bottom line is that President Basescu and his party’s governments, who are responsible for the problems identified in the Commission’s reports, are now gone.

For Romania to progress, this new government is needed.

I am pleased to hear that Prime Minister Victor Ponta has committed to act on the points made to him by Commission President José Manuel Barroso and to act within the country’s constitution.

However, requiring 50% turnout in a referendum is effectively an abuse of democracy as it raises the bar almost impossibly high and runs contrary to the recommendations of the Council of Europe. The acting Romanian President, Liberal leader Crin Antonescu, is right to be voicing his personal reservations while upholding the ruling of the Constitutional Court.”